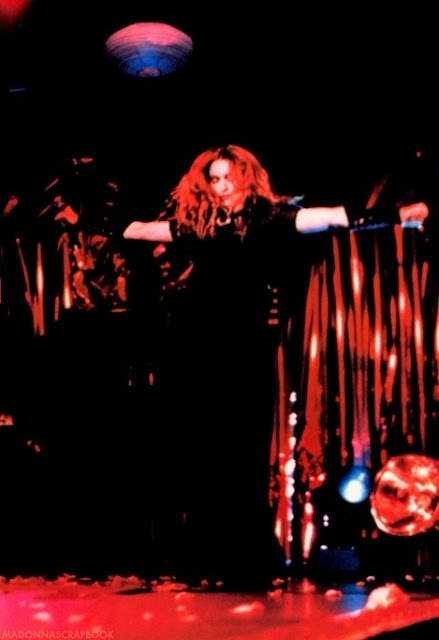 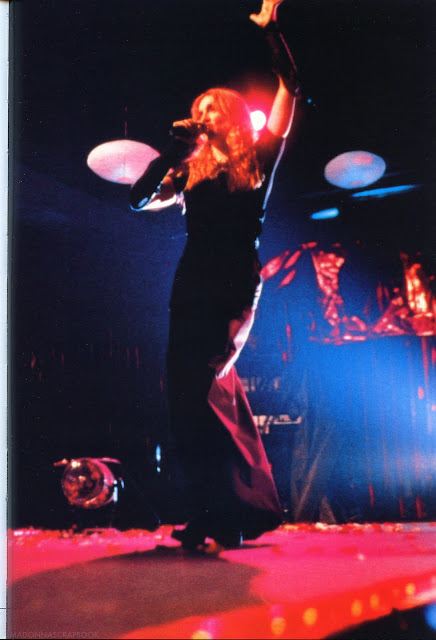 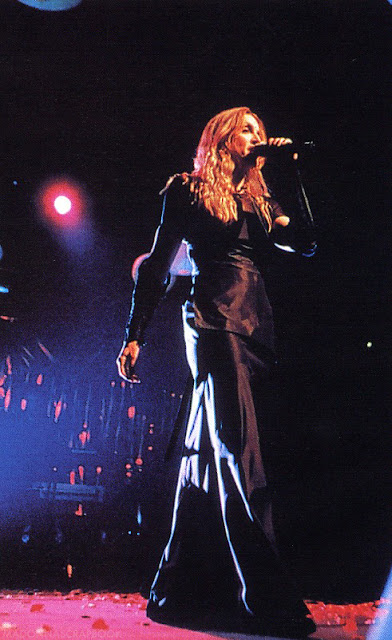 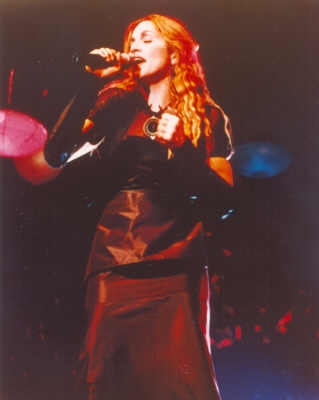 In her first club performance in 14 years, Madonna delivered a Valentine we will never forget by premiering 3 new tracks off her highly anticipated album Ray of Light at the Roxy. One didn't even have to be there to feel it for its aftershocks would be felt all around the world. She started with Sky Fits Heaven, went into Shanti/Ashtangi and finished off with a 10 plus minute version of Ray of Light.

Putting things in perspective, for those of us who had been following her career since the beginning, prior to Frozen and this engagement, these were unsure times. This is territory that hadn't been covered before in pop. Would the next album be a Streisand/Celine? We had just come off Something to Remember, Evita and the birth of her first child and she was turning 40. A lot of new fans came into Madonna during this Evita time and loved all that shyt because she was on blast in the media and a magazine cover girl for the last 2 years. In retrospect, all that's fabulous because it was part of the evolution of the greatest star that ever lived but then it was extremely uncertain. You can't see the forest from the trees.

However, as usual, Madonna did not disappoint with Ray of Light. In fact, she shined so brightly and changed so drastically, that the entire music industry would eventually move right along with her. In every genre of music. You could even hear an electronic blip and bubble at the Grand Ole Opry. It was so fantastic that she emerged from the depths of that adult contemporary hell with Ray of Light. We could never have envisioned that sonic or visual transformation. And for that alone, we will forever be grateful. And because Something to Forget was of the past and not the reality hardcore music fans feared, it could then be appreciated and viewed truly as Something to Remember.

Moral of this long winded boring story? Never count Madonna out because she will fuck the living shyt out of your mind, body and soul.

Email ThisBlogThis!Share to TwitterShare to FacebookShare to Pinterest
Labels: 1998., evita, ray of light, roxy, shanti, sky fits heaven, something to remember, thanks william

Cool Shyt - check it out